Marleen Booth’s Pidgin: The Voice of Hawaii also aims its lens straight at the spirit of Hawaii, more specifically at its specific dialect/language/accent, “pidgin.” A blend of Native Hawaiian, English, Chinese, Portuguese, Japanese, and Tagalog that started among plantation workers a century ago, pidgin has been historically frowned upon by those wishing to “assimilate properly.” For many, though, it’s a source of pride and island identity, and Booth’s joyful film is a testament to both it and its just-as-colorful speakers. As a film on the history of language and semantics, Pidgin is a thoughtful, well-researched work; as a film on identity politics, everyday life, and speaking one’s mind (in one’s own tongue), it’s a real pleasure. Neither Pidgin or State of Aloha redefine the documentary form, of course, but both are wonderful examples of how cinema can represent its community.

Pidgin:  The Voice of Hawai’i is a must-see for any class or workshop investigating the intersection of culture, identify, and language.  This documentary gives voice to the very people whose languages we study but whose voices we rarely hear.  It allows us to comprehend viscerally –not abstractly – how language contributes to the formation of identity. 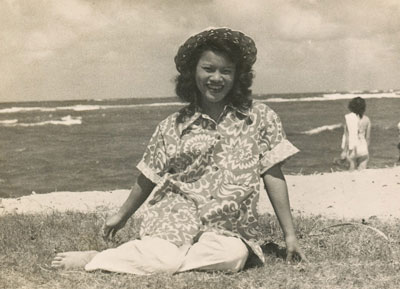 This film poignantly explains how language creates a sense of belonging in a society pressured to conform to the dominance of English.  It is essential viewing for language educators, parents, and college students, especially in linguistics and Asian-Pacific Studies.

This film explores language and culture with enough nuance and clarity to satisfy both experts and neophytes.